For over a quarter of a century, Cintec has secured and reinforced historic and historical buildings, masonry bridges, monuments, railway structures, retaining walls and harbour walls throughout the world.

The patented Cintec reinforcement and anchoring system is straightforward: injecting a proprietary cementitious fluid grout into an anchor surrounded by a fabric sock, which has already been placed in an oversized drilled hole. The reinforcement system’s ingenuity lies in its versatility. Drawing on decades of experience and testing, Cintec’s designers can customize it to any specification. 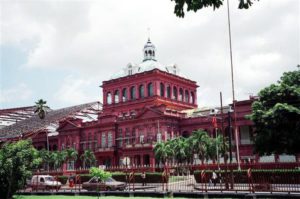 Cintec North America, a leader in the field of structural masonry retrofit strengthening, preservation, and repair, completes structural analysis and design services for projects all around the world, including the Egyptian Pyramids, Buckingham Palace, Canada’s Library of Parliament, and the White House.

Now, the company is using 3D printing in its $1 million restoration project on the historic Red House, which is also known as the seat of Parliament for the Republic of Trinidad and Tobago and was built between 1844 and 1892. 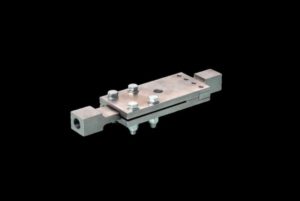 CINTEC International announces a new type of dissipative wall anchor to solve the issue of how to protect heritage buildings in some of the most earthquake-prone parts of the world.This new product is designed for use with Cintec’s proven wall anchor system.

“We believe that this anchor is a major breakthrough in further protecting the world’s iconic buildings, especially in areas of high seismic activity,” said Peter James, Managing Director of Cintec International. “This anchor has been four years in development within the NIKER program. It has undergone extensive testing at Bath University, and in Italy.”