One of Grosvenor’s current projects is  reminiscent of  a scene from a  Star Trek movie and indeed its location has been used as a film set on many occasions.

The Mona and Parys copper mines were located on Parys Mountain about two miles south of Amlwch in Anglesey. The original name of the area was Mynydd Trysglwyn which is thought to mean a hillside covered in a thick grove of rough trees covered with scaly lichen growth.

These mines have been worked since the Bronze age, 3500 year’s ago.

During the 18 and 19 th century they were the largest copper mine in the world. 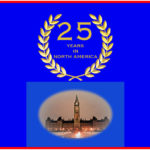 CINTEC North America, a world leader in the field of structural masonry retrofit strengthening, repair, and preservation, announces its 25th anniversary. Since it began, CINTEC has grown to be a global company, providing systems and services through locations in the UK, Canada, America, Australia, and India.

As a representation of their accomplishments, CINTEC received the 2016 Construction and Engineering Award for Innovation in Engineering, Research and Development. “CINTEC is proud to receive this award and will do everything in our power to ensure our production and service remains worthy of this high standard,” said Robert Lloyd-Rees, C.O.O. of CINTEC North America. “We are excited to begin our 25th year supplying quality anchoring and strengthening systems.”
Starting when Robert Lloyd-Rees visited America in 1990, CINTEC has made it a point to expand their dedicated service to North America. In 1992, Robert was appointed the C.O.O. of CINTEC and has been running thriving corporate offices ever since.
CINTEC’s independent but collaborative engineering, design and consulting companies form a unique global presence together with partnerships and agents throughout the world. Its product range includes divisions such as Archtec and Blastec that offer clients turn-key engineering service packages, including design, engineering, and installation contracting.