The ordnance disposal blast bin works in a similar way to the Isolation Bin except that the design has been optimised for use by specialist Explosive Ordnance Disposal Crews working on live ordnance disposal on military training areas or in post conflict scenarios.

The system is currently deployed by the British Army and being evaluated by the United States Corps of Engineers and the Hong Kong Police and elsewhere. The Blast Bins can be deployed and inflated in under 5 minutes and are capable of suppressing fragmentation arising from most battlefield munitions removing the need to build time consuming sandbag or sand-filled enclosures.

81mm Mortar (with and without blast bin)

Cintec™ Blast Bins were tested against mortars. Data was collected in terms of overpressure and fragment strikes recorded on a witness screen.

The data resulting from tests is summarised below: 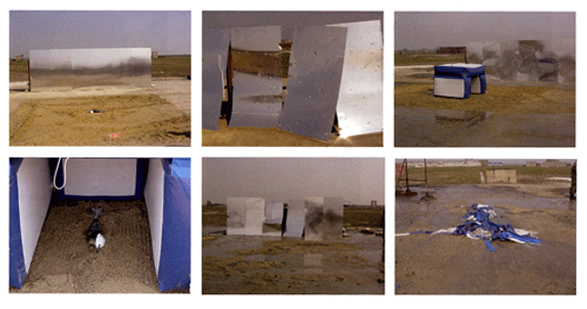